Years ago, just before the meteoric rise of social media, the “@” symbol was just for email. Today, everybody who’s online seems not to get enough of it. So how did “@” invade the online realm? Here are some data nuggets for your information: 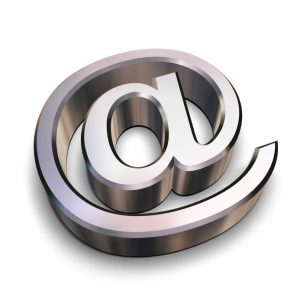 • For hundreds of years, the “@” symbol played multiple roles, and was used in almost everything – from beverage measurements to accounting units. However, this symbol was often left unnoticed in early typewriters and other earlier devices.
• In the early 1970’s, Ray Tomlinson, the man who invented email, thought of using that character as email addresses connector. According to Tomlinson in his interview with Smithsonian Magazine in 2012, “I was mostly looking for a symbol that wasn’t used much. And there weren’t a lot of options – an exclamation point or a comma. I could have used an equal sign, but that wouldn’t have made much sense.”
• It was 2006 when Robert Andersen, then a freelance designer, used the “@” symbol on Twitter for the very first time. Andersen later joined Square as founding team member.
• A couple of years after that, the “@” symbol became ‘Twitter-exclusive’, perhaps adding to the logic that Twitter was a jargon-filled online space.
• In 2009, Facebook embraced ‘@’ to allow users mention one another in posts.
• In 2013, LinkedIn joined the ‘@’ bandwagon.
• Google+ initially introduced its very own sign “+” to mention other users, but later allowed users to use “@”.
• Just this year, Tumblr adopted the “@” symbol due to user demand.

With these data, it seems that that the “@” symbol continues to penetrate an increasing number of social media networks. As mentioned by Debra Aho Williamson, an eMarketer analyst, “Once these things become part of the lexicon, it makes sense that other networks and other services will want to latch on. Why would you want to think about using an ‘@’ symbol on one service and a pound sign on another and a dollar sign on a third service? It really doesn’t make any sense.”